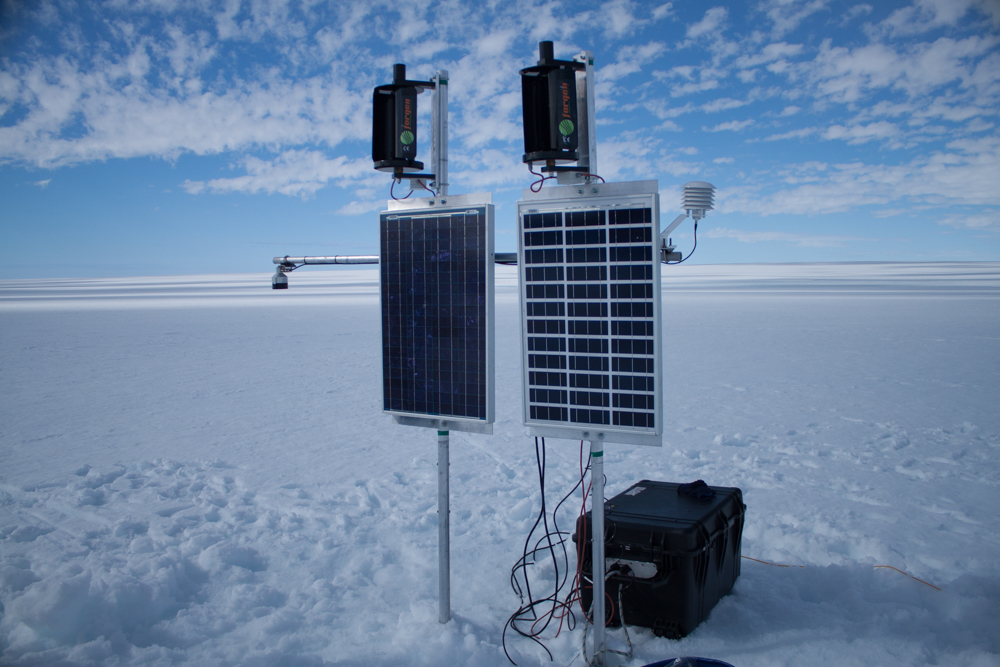 Our understanding of the dynamic behaviour of fast-flowing tidewater glaciers is incomplete as the precise mechanisms and conditions that allow fast flow are not yet known well enough to make accurate predictions of how ice flow may change in the future.

Store Glacier is fast-flowing, moving at speeds of up to 15 km per year at its terminus and 700 m per year 30 km inland. Its speed varies seasonally and over shorter time scales. To gain a detailed insight into to the flow of Store Glacier we can measure the velocity of the ice sheet’s surface using Global Navigation Satellite Systems (GNSS), such as the Global Positioning System (GPS). As part of the RESPONDER project several continuously-operating GPS receivers were installed on Store Glacier in a transect extending 90 km inland.

GPS measurements of ice flow are much more accurate than measurements made from space but they are limited in their spatial coverage by the number of receivers. Their greater accuracy does, however, allow velocity variations to be discerned over much shorter periods (e.g. over hours) than is possible with other techniques. 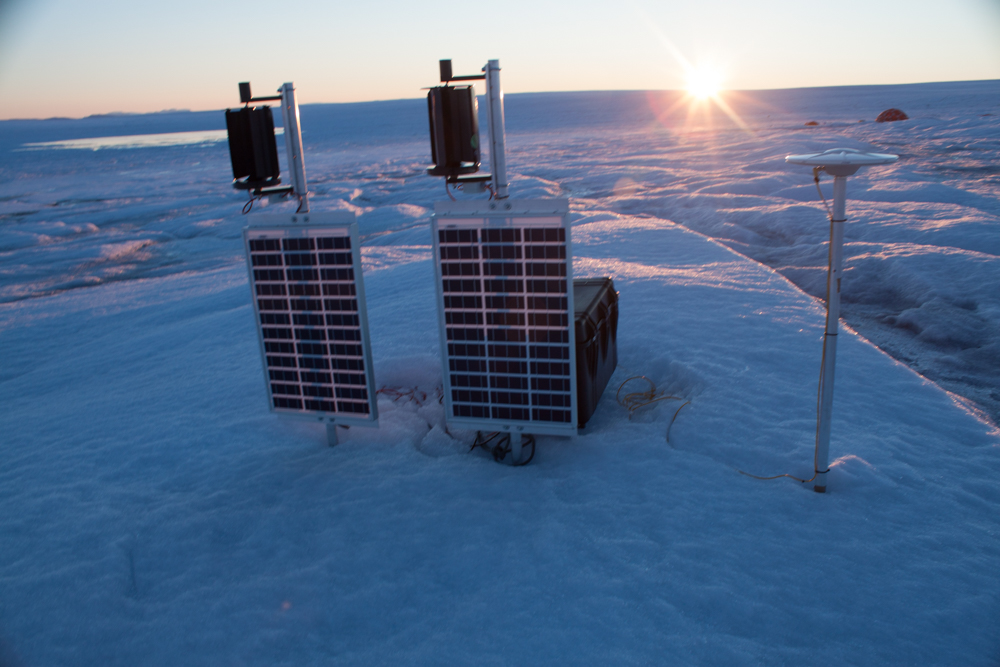 The GPS receivers installed differ from consumer-grade navigation devices (such as the sat nav in your car) as they receive signals on two different frequencies. One of the largest errors in GPS positioning is a delay in the signal propagation through a region of charged electrons in the Earth’s atmosphere known as the ionosphere. The ionospheric delay varies in both space and time, so, as the signal path through the ionosphere varies for satellites at different elevation angles, the signals received from different satellites will have been delayed by different amounts. As the ionospheric delay is frequency-dependent, two signals of different frequencies can, however, be used to cancel out the majority of this delay.

Further errors are eliminated by mounting a receiver firmly on bedrock. As this reference station does not move, rather than estimating how its position changes, variations in the range to the satellites can be used to estimate the timing error, which can then be applied to correct other GPS receivers stationed nearby. By processing the data after it is collected, it is possible to significantly improve the accuracy of positioning, allowing very precise measurements of ice sheet and glacier flow to be made. Such accurate measurements will provide new insights into how Store Glacier moves and tell us whether its speed is changing through time.

At each continuous GPS site measurements of meteorological variables are made throughout the year. Each site records air temperature and relative humidity, with additional measurements at some sites, such as rainfall, wind speed and direction, and melt and snow accumulation. Ice-sheet and glacier flow responds to the delivery of surface water (melt and/or rain) to the ice-sheet bed. These records will therefore provide us with an important constraint on the drivers of ice-flow variability.