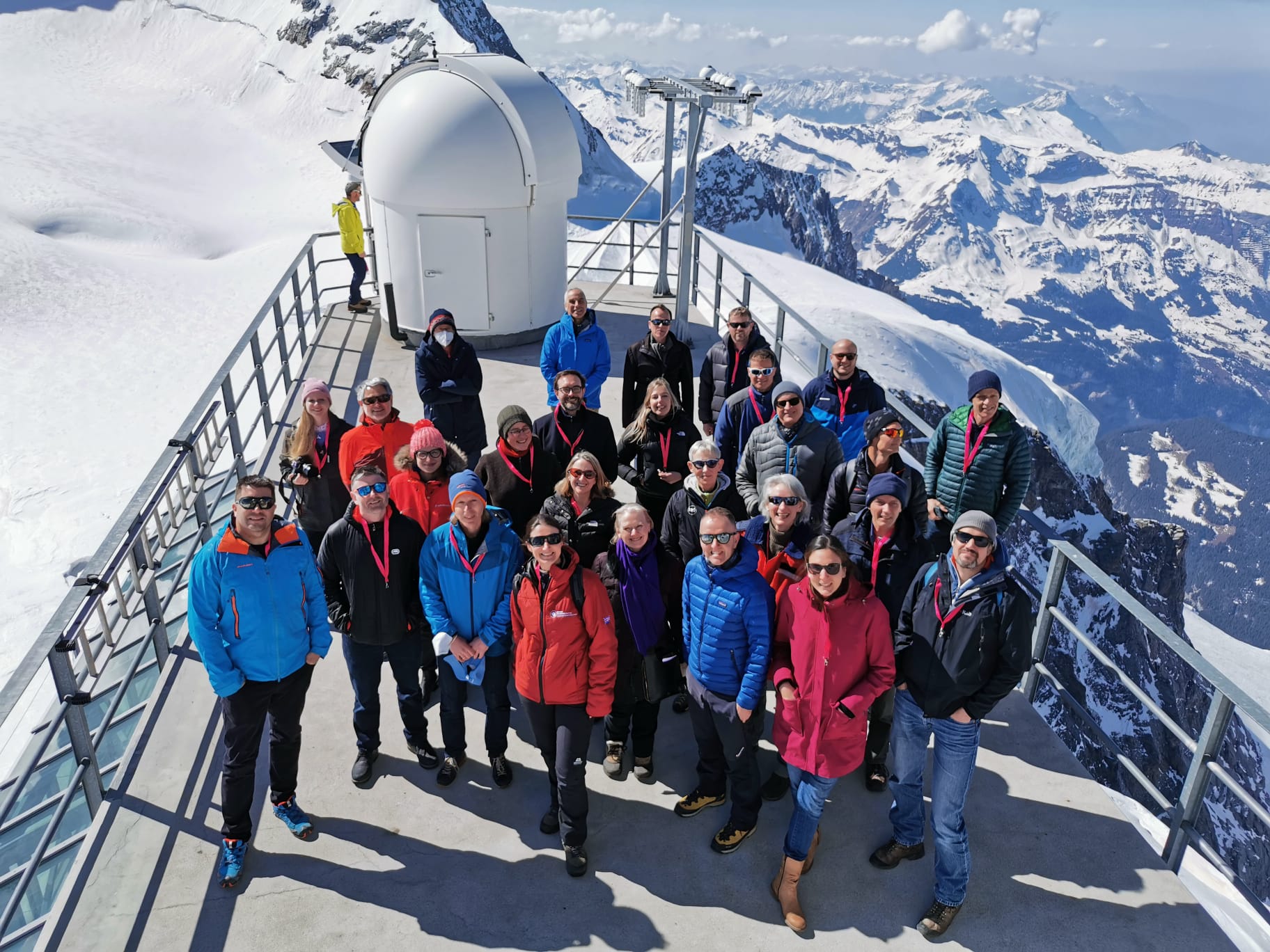 On 25 March, 2022, Swiss and UK polar and alpine researchers met up at what is almost literally the top of Europe. The event Postcards from the Anthropocene brought everyone to Jungfraujoch, with the famed Eiger Express ending at an elevation of 3,450 m. The visit was informal discussion about how Earth’s cryosphere is changing, and how UK and Swiss researchers can work together to solve the most pressing societal problem we are facing: climate change. During the meeting is became clear that many of Switzerland’s glaciers are going to disappear over the coming decades and that alpine glaciers in Europe may collectively vanish before the end of the century. It is time to come together …. We know glaciers are melting away, we know the rate of glacier demise is often faster than originally forecast. The event was hosted by Jane Owen as the British Ambassador to Switzerland and Liechtenstein. Thank you Jane, Sarah and everyone else who made this day memorable.