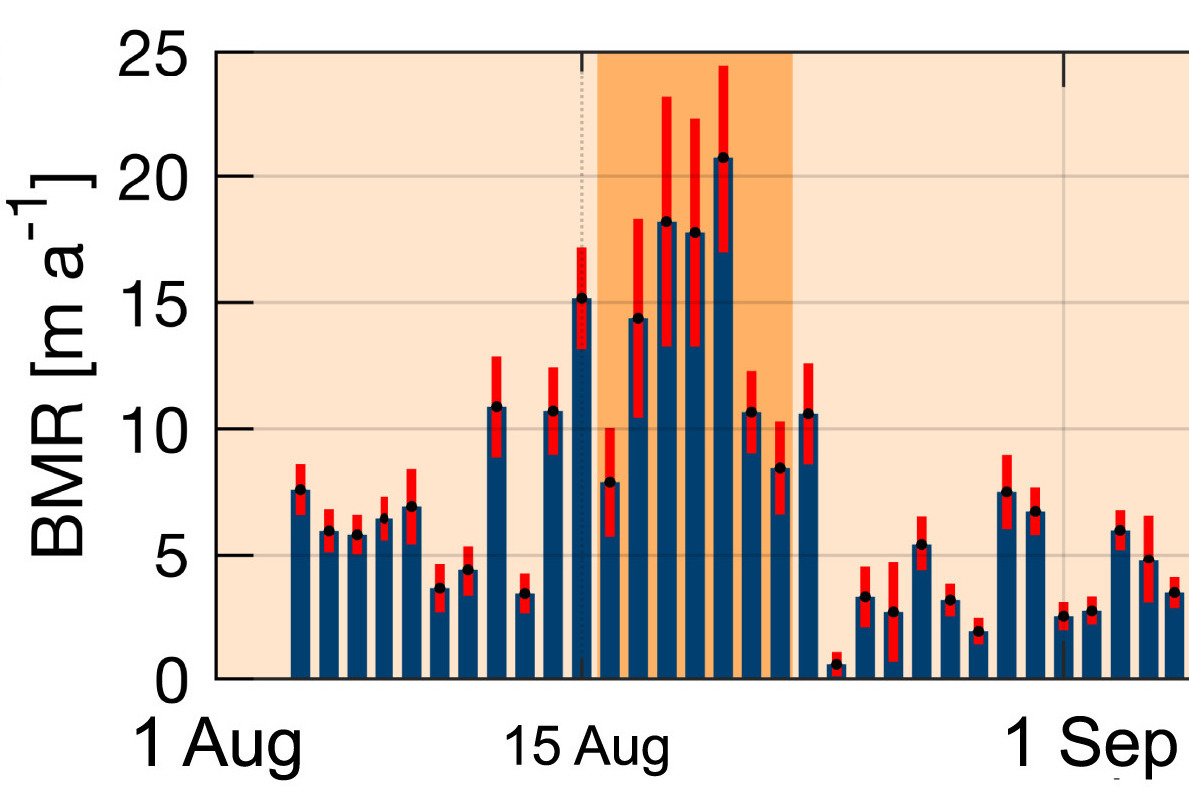 Our findings published last week show the Greenland Ice Sheet is melting faster than we thought. Much faster in fact, and – surprisingly – from the bottom up. The news media caught on to this. So, what’s going on at the bed? Here is a (non-technical) explainer:

To record basal melt rates, we used a high-precision (phase-sensitive) radar system. The peak rates observed during periods of intense surface melting was as high as 57 mm/day. As much as what we recorded at the surface with a weather station.

Back in 2014, when we first started to collect these measurements, we were stunned. When we quantified sources and sinks of heat at the base of the ice sheet, by friction, geothermal heat, conductive heat losses, latent heat of fusion etc., we could only explain basal melting of 0.12 – 0.30 mm/day. That was two orders of magnitude less than observed. Afterall, the base of an ice sheet is a dark and cold place; no sun there to melt the ice, … or is there?

In Greenland, meltwater descends into deep vertical shafts (known as moulins) when supraglacial lakes drain. Once formed, moulins will often continue to deliver surface meltwater to the bed for the remainder of the melt season. The vertical drop can easily be a kilometre or even more.

Our observations, published last week in Proceedings of the National Academy of Sciences, show that descending meltwater converts gravitational potential energy into heat in a process like the hydroelectric power generated by the world’s largest man-made dams. The peak basal melt rate we observed at Store Glacier showed that this glacier alone can convert as much energy into heat at the bed than the power generated at the Three Gorges Dam in China. And that’s just one of Greenland’s many large glaciers.

While the high melt rates we reported this week are specific to heat produced in subglacial drainage paths carrying surface water, the volume of surface water produced in Greenland is huge and growing, and nearly all of it drains to the bed.

For a more detailed read, we’re posted an article about basal melting on LinkedIn.