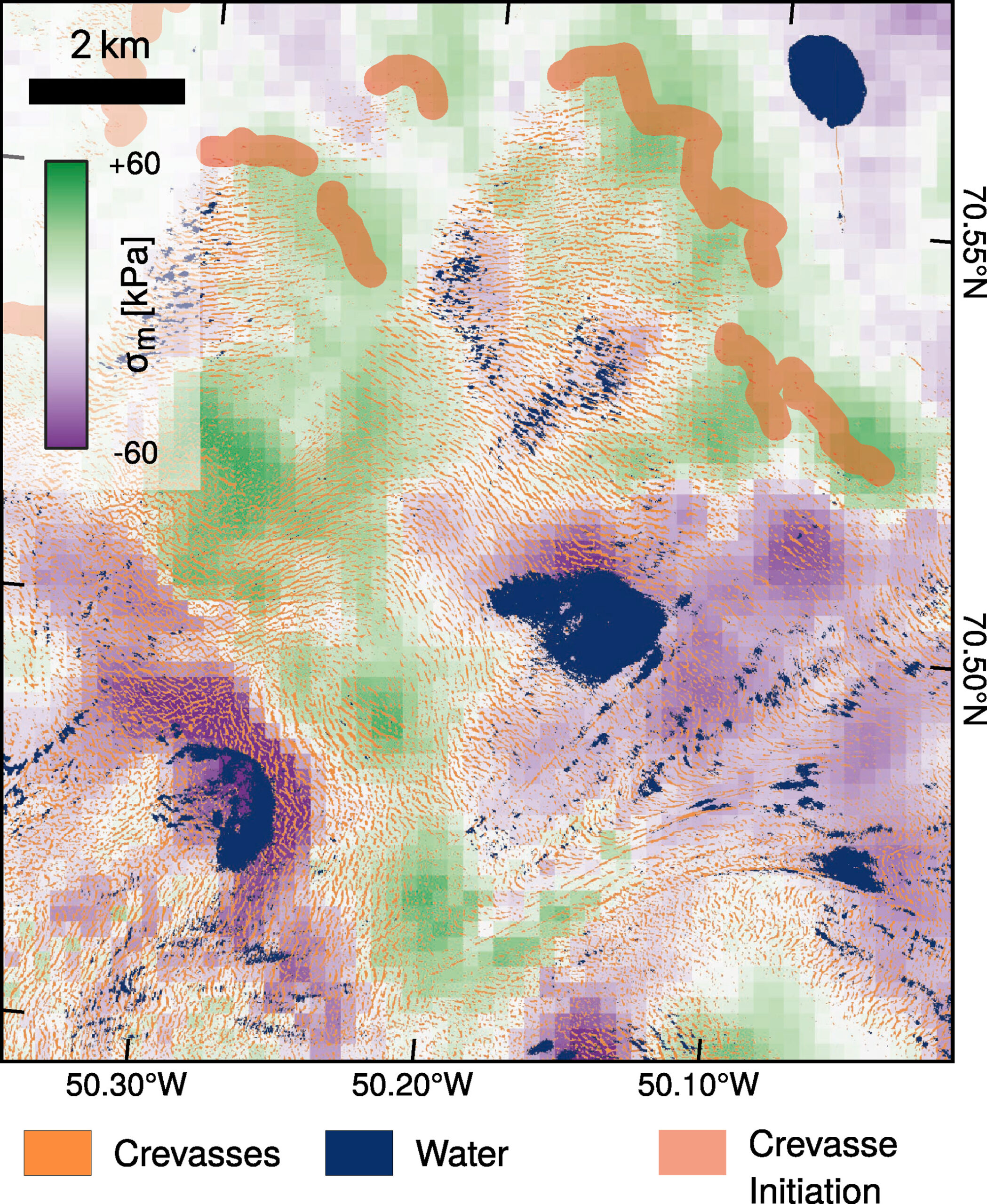 Our work with drones and uncrewed aerial vehicles (UAVs) continue with a new instalment out this week in JGR Earth Surface. This time, RESPONDER team member and former PhD (now Dr) Tom Chudley used directly georeferenced drone imagery from Store Glacier as training data for satellite image analysis on a much larger scale. 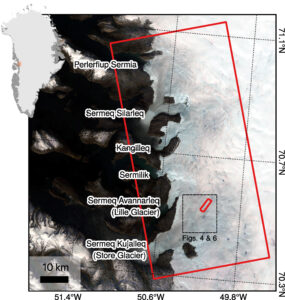 Building on previous work, including repeat surveys conducted as a supraglacial lake drained rapidly, we found clusters of water-filled crevasses outside lake basins where water also drains rapidly to the bed of the ice sheet.

Our interpretation of water-filled crevasses forming only in compressional stress regimes is that compression isolates the crevasse hydrologically by closing the englacial system of smaller inter-connected veins and fractures near the surface. These water filled crevasses comprised 26%. The remaining 74% of crevasses remain dry in appearance throughout the observational periods, which we infer to be due to water flowing into the crevasses, and then draining into the wider englacial and supraglacial system, connected through linked fracture networks that are actively maintained only when the mean stress is extensional.

There are two take-away messages from this study. 1) Crevasses that form, or advect into compressional stress regimes can fill with water and hydrofracture in a mechanism akin to rapid supraglacial lake drainage events. This lubricates the basal motion, at least temporarily, making the ice sheet flow faster. 2) Crevasses in extensional stress regimes appear dry at the surface because water that flows into them feeds a larger englacial network of small, but connected fractures. This water may freeze in winter and release heat that warms the surrounding ice. In RESPONDER, we have previously shown that fractures propagate to depths of several hundred meters and that Store Glacier has warmed significantly by melting and refreezing in its upper half.

This study has improved our understanding of not only crevasses, but of crevasses’ hydrology and how the latter may influence the response of the Greenland ice sheet to increasing surface runoff in the 21st century. The study also shed new light on ice shelf hydrology and breakup, which is likely to occur in an identical mechanism.