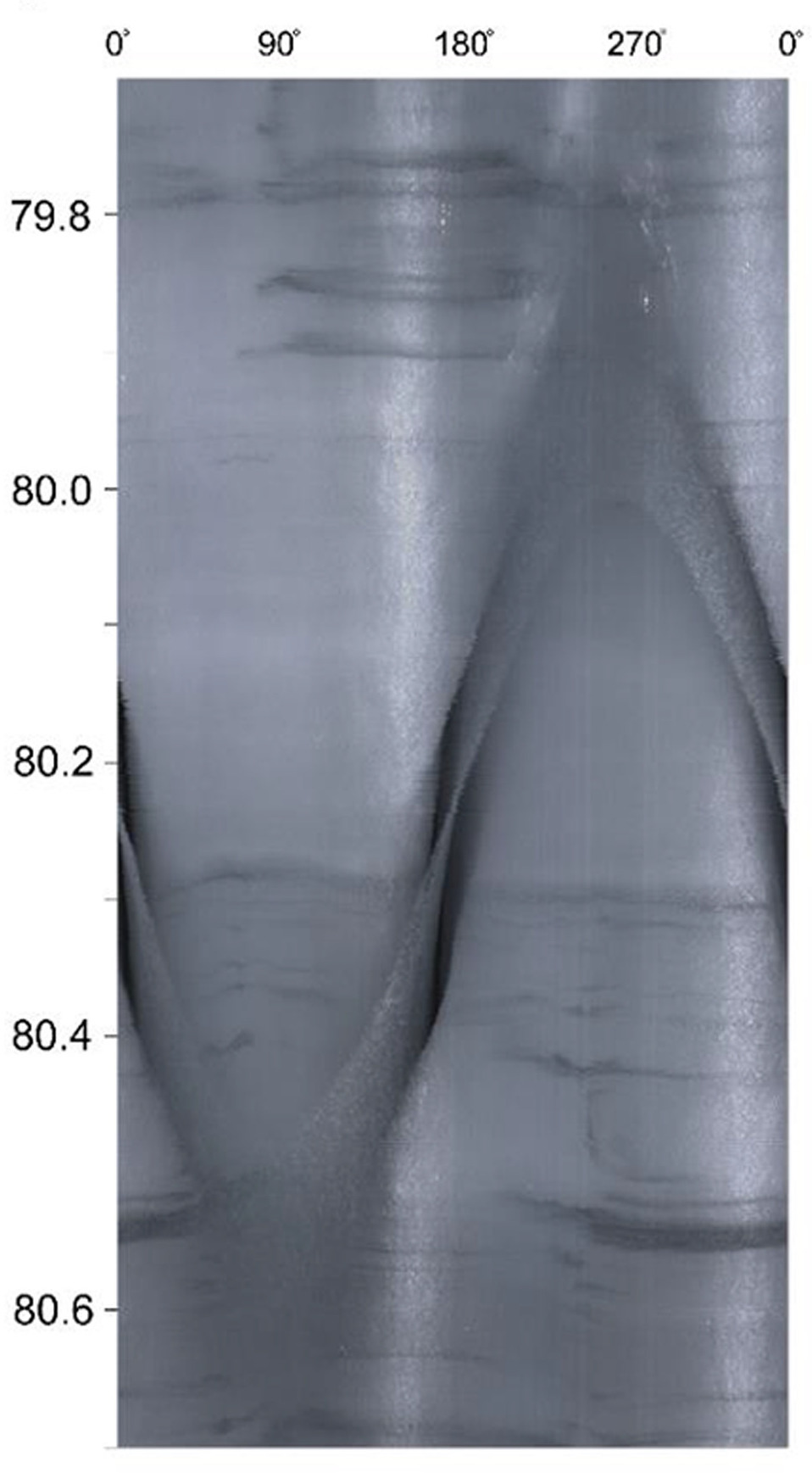 For decades, crevasse depths have been estimated by calculating opening and closure rates theoretically. These simple calculations predicted crevasses would penetrate only some tens of metres below the surface of a glacier, but the estimates are quite crude. With very few observations, the origin and structural history of crevasses are yet to be fully established and there is a lot of uncertainty tied to how deeply fractures propagate in ice.

An optical televiewer (OPTV) log from a borehole drilled on Store Glacier revealed 35 traces of high-angled planes cutting across the borehole wall. Only seven traces of crevasses were identified in the upper 40 m, which means crevasses regularly propagate deeper than we thought. Of the 35 traces, twelve were deeper than 100 m and the deepest crevasse trace was observed at a depth of 265 m. With our borehole log ending at 325 m, it is feasible that crevasses form even deeper. The new findings are reported in the journal AGU Advances this week. 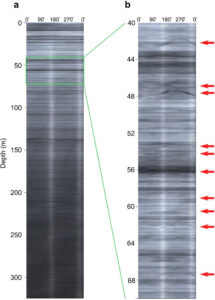 Why are the crevasses so deep?

In the OPTV log, we found 28 out of 35 crevasse traces to show evidence of having been filled with meltwater that later refroze. A water-filled fracture may keep propagating as long as there is a sufficient source of water available to extend its tip downwards. What drives the crevasse deeper is the pressure of the water at the tip of the fracture.

We found that re-freezing of meltwater in crevasses creates distinctive bubble-free ice layers, which are separated by a thin lamina of bubble-rich ice, i.e. the ice that froze last. Some traces had multiple layers of bubble-free ice and bubble-rich laminae, which we interpret to be evidence of multiple episodes of crevasse activation, water-filling and ultimately re-freezing. This is important not only because the re-activation drives the tip of the crevasse deeper and deeper, the refreezing of the meltwater releases heat that warms the surrounding ice. When the ice becomes warmer, it deforms more easily and the glacier may consequently flow faster. By measuring borehole temperatures, we estimate the thermal effect from heat released in fractures and crevasses to reach 400 m and that the ice has warmed by ~5 degrees Celsius.

The crevasse traces in this study were captured in a borehole drilled 30 km inland from the Store Glacier’s calving terminus. They are sufficiently deep to survive surface melting and reach the glacier terminus, which means inherited traces of crevasses could easily act as planes of weakness, enabling a multitude of structural processes such as icefall, topple, collapse and, last but not least, awesome tabular bergs.