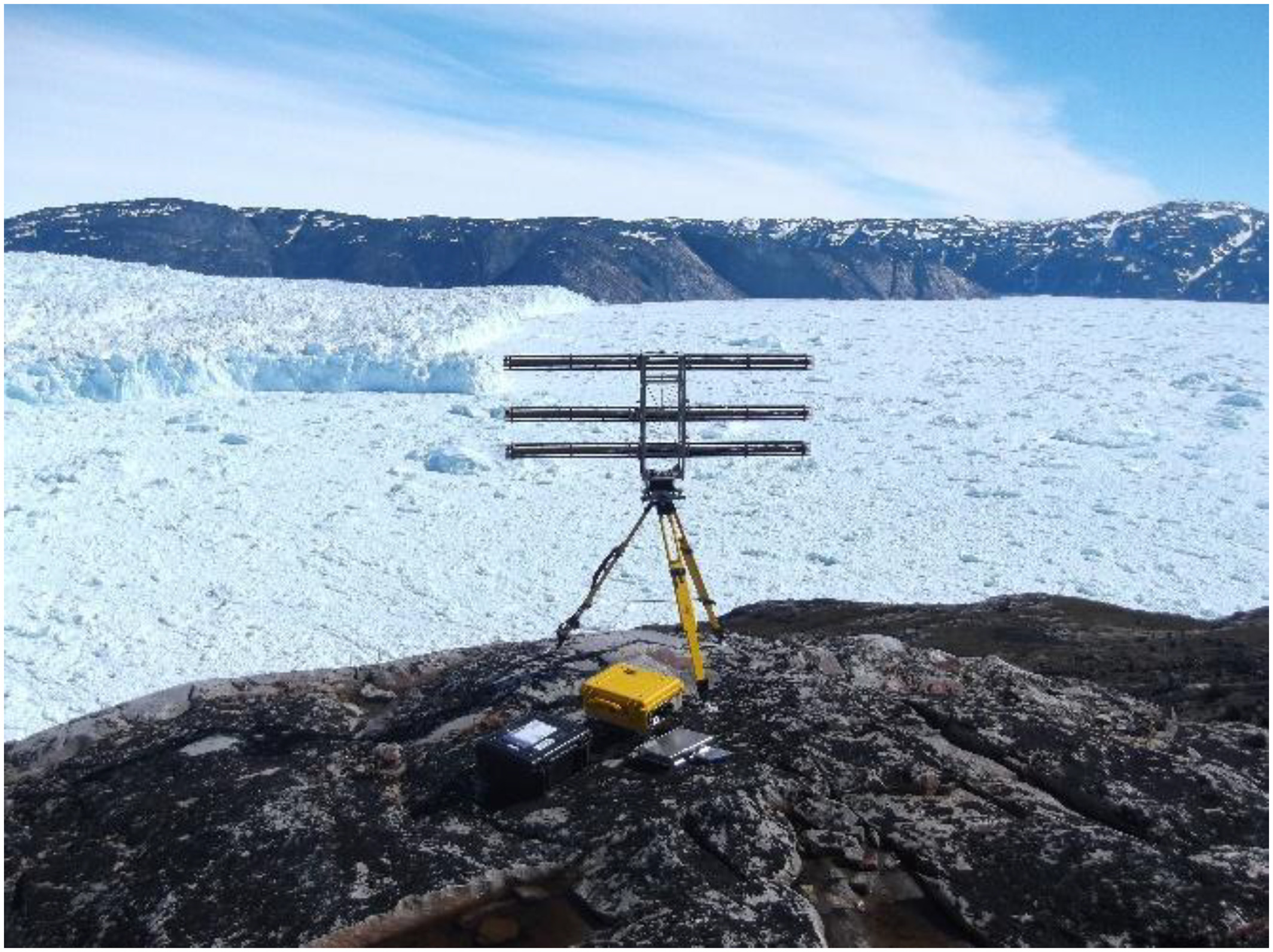 RESPONDER has produced the most detailed record of calving record from a marine-terminating glacier in Greenland. Using a terrestrial radar interferometer, our team recorded hundreds of calving events on a daily basis at Store Glacier and a total of 8,026 separate events. The icebergs that discharged from Store Glacier ranged from boulder sized (<1,000 cubic metres) to skyscraper size (>1,000,000 cubic metres). The findings, published last week in Journal of Geophysical Research, reveals complex links to meltwater plumes and iceberg mélange.

About half of the net annual ice mass loss in Greenland is caused by ice which is discharged directly into the sea by tidewater glaciers. To understand this process better, the RESPONDER team used a terrestrial radar interferometer to record the frequency and magnitude of calving events at Store Glacier.

The discharge of solid ice from tidewater glaciers ranges from small refrigerator-sized blocks, to huge slabs and ultimately large full-sized bergs spanning several hundred metres or more in width as well as depth.  Because calving is unpredictable and short-lived by nature (lasting typically only a few seconds or minutes), it is a difficult process to observe directly.

With a terrestrial radar interferometer installed at Store Glacier, RESPONDER PhD (now Dr) Samuel Cook established a record of 8,026 calving events over a three-week period. We examined this highly accurate record and found A) that calving varies significantly over time and B) that multiple factors at a play. The findings were reported in Journal of Geophysical Research – Earth Surface.

Overall, we found a statistically significant relationship between surface melt on the glacier and the number of calving events we observed, however no such relationship exists between surface melt and the volume of these events. Similarly, we find a 70% increase in the number of calving events in the presence of visible plumes of subglacially discharged meltwater in front of the glacier, but only a 3% increase in calving volumes.

While a single environmental control on calving appears unlikely at Store Glacier, we found a bimodal distribution of iceberg sizes due to the large difference between small blocks breaking off the subaerial part of the glacier front and large capsizing icebergs forming by full-thickness failure. Whereas previous work has hypothesised that tidewater glaciers can be grouped according to whether they calve predominantly by the former or latter mechanism, our observations indicate that calving at Store Glacier inherently comprises both, and that the dominant process can change between small and large events over relatively short periods.