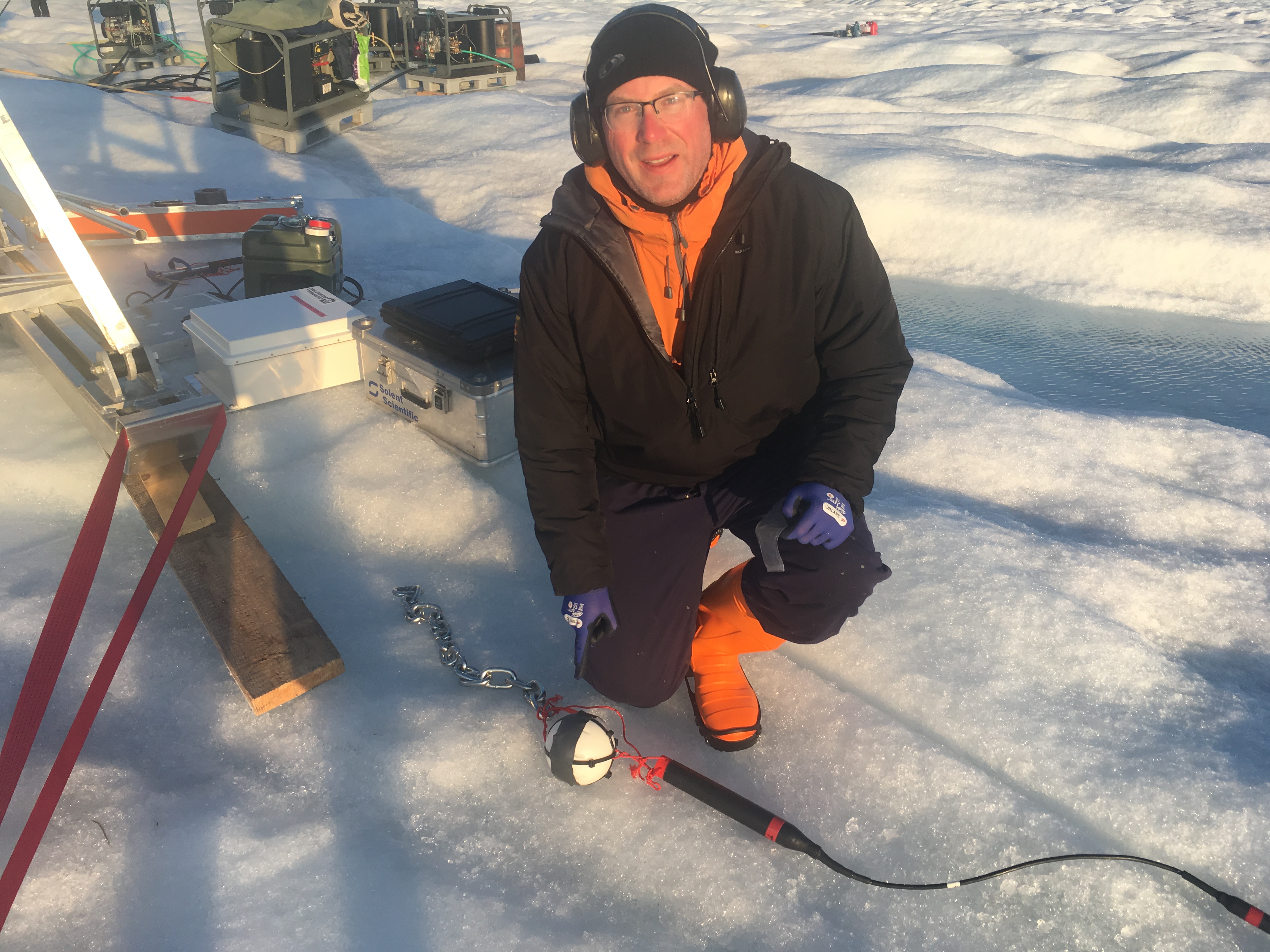 Here’s an update on how Cryoegg performed during the field season. We deployed it in the borehole at Store Glacier, but regrettably it was too large to reach the bed. The borehole is narrowest in the middle of the glacier where the ice is coolest, so this was where it got stuck, roughly 400m below the surface. Fortunately we were able to pull it out again and deploy the rest of the instruments. However, we did get data from 400m down, proving that the system was working as intended. A few days later we tried deploying it in a large moulin instead, on the end of a long rope. This proved quite challenging as the moulin has a complex internal structure with lots of plunge pools. We did eventually get Cryoegg into the main channel, but shortly afterwards the force of the water ripped it out of the paracord mesh that was securing it to the rope and it got away.

Cryoegg before the attempted deployment in the borehole

Cryoegg, pictured with the receiver box and laptop.