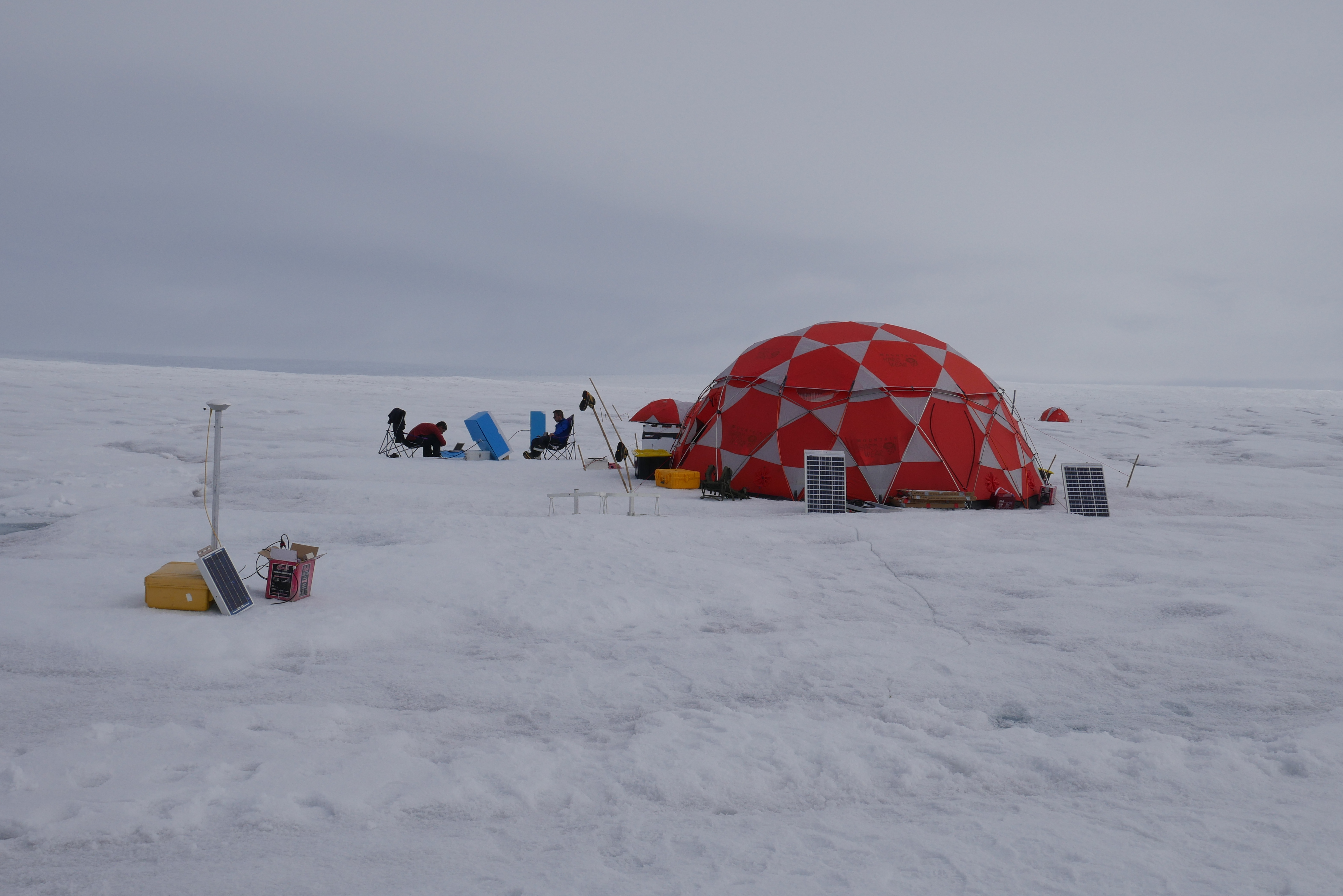 Tom, Sean, Sam, TJ and Poul have set up a second base camp: this time on Store Glacier itself. They are surveying the terrain that encompasses the FAST FLOW site where we plan to drill boreholes and access the bed next year. 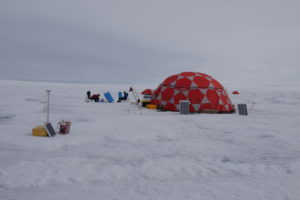 It’s colder than usual this year, but there is nevertheless a lot of water around us. Lots of little streams, which grow by the day and eventually form a large network. The largest stream connects two supraglacial lakes, one of which has drained and left a crater-like lake bed behind. Tom has surveyed the empty lake bed with his custom built drone, or UAV as he prefers to call it (he thinks ‘drone’ sounds too military but the rest of us think it’s fine). His surveys have captured thousands of images from the air. By stitching the imagery together we make mosaics from which three-dimensional elevation models of the glacier’s surface can be produced. This type of photogrammetry was in the past used by land surveyors, but today it is an important scientific tool. 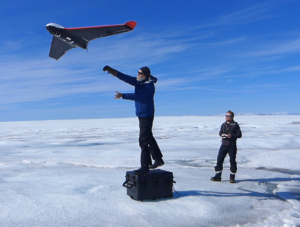 We have also installed GPS receivers and several autonomous radar systems, which allow us to observe the rate of ice flow and the corresponding change in ice thickness and subglacial conditions. One of the radar systems is set up with multiple input and multiple output antennas, an arrangement called MIMO, which gives information in two or three dimensions. This year we are using eight antennas in a 20 m-long array to receive signals sent from two different transmitters, each of which has two antennas. This allows us to produce transects of the glacier with a fine spatial resolution. We are recording this transect every six hours to measure ice thickness and conditions at the bed, which often change. The ice is thick. The bed is more than a kilometer below the surface. 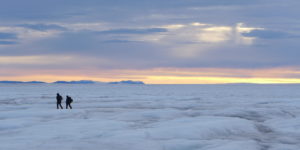